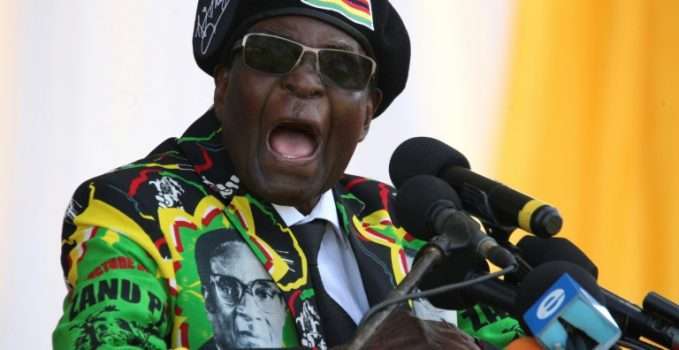 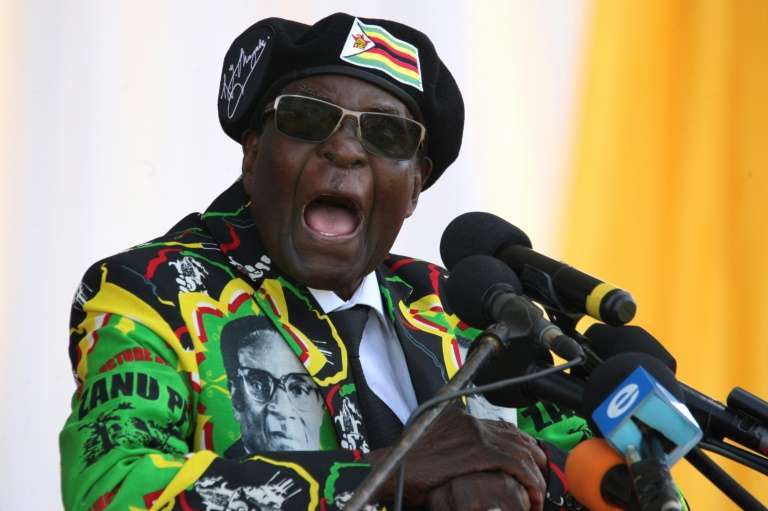 Mugabe was forced to quit when the military stepped in and ruling ZANU-PF lawmakers launched impeachment proceedings against him.

Former Zimbabwean president Robert Mugabe says South Africa should have sent troops instead of a team of negotiators to prevent his ouster by the military last year.
Mugabe said his regional neighbours betrayed him “in a sense”, in an interview with the privately-owned Zimbabwe Independent newspaper and other regional and international media.
“When you look at their conditions, except for South Africa, they haven’t got the capacity to intervene,” the 94-year-old is quoted as saying.
“But South Africa could have done much more. It did not send an army, but just to engage.”
Mugabe who ruled Zimbabwe since independence from British colonial rule in 1980 was forced to quit when the military stepped in and ruling ZANU-PF lawmakers launched impeachment proceedings against their once beloved leader.
He was replaced by Emmerson Mnangagwa, a favourite of the military, whom Mugabe had fired weeks earlier as his deputy in a move seen as paving way for his wife Grace to take over.
The former first lady had cultivated a factional support base within ZANU-PF known as “G-40” that was seen as hostile to the security establishment.
South Africa’s then president Jacob Zuma had sent defence minister Nosiviwe Mapisa-Nqakula and the then state security minister Bongani Bongo to intervene in the impasse between Mugabe and the military.
Mugabe, who once quipped that he would rule until he turned 100, described his departure from office as a “coup d’etat.”
“Those who created it have the responsibility to reverse it,” he said in the interview. “If they don’t want to reverse it, it means they want the situation to continue which I think is the case.
“They would want us perhaps to get to the national election when the environment is still very congested with with fear, some people still hiding, displaced.”
Since his dramatic reversal of fortune, Mugabe has largely stayed out of public life.