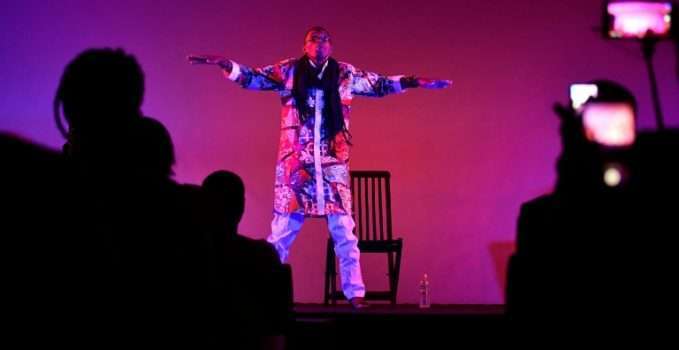 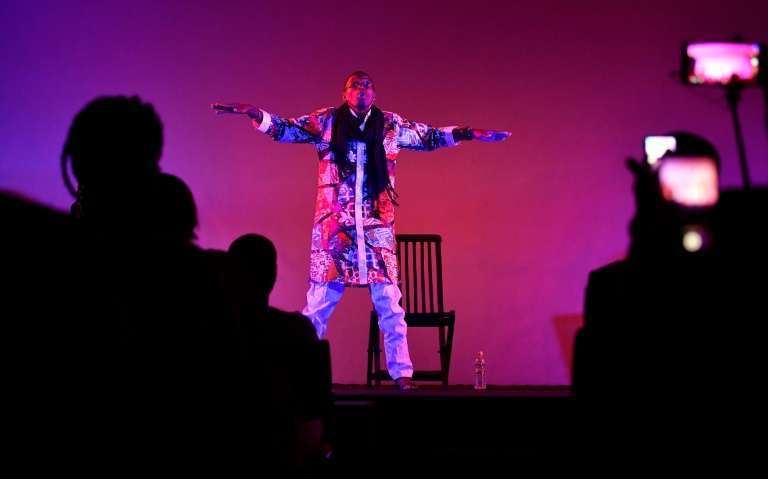 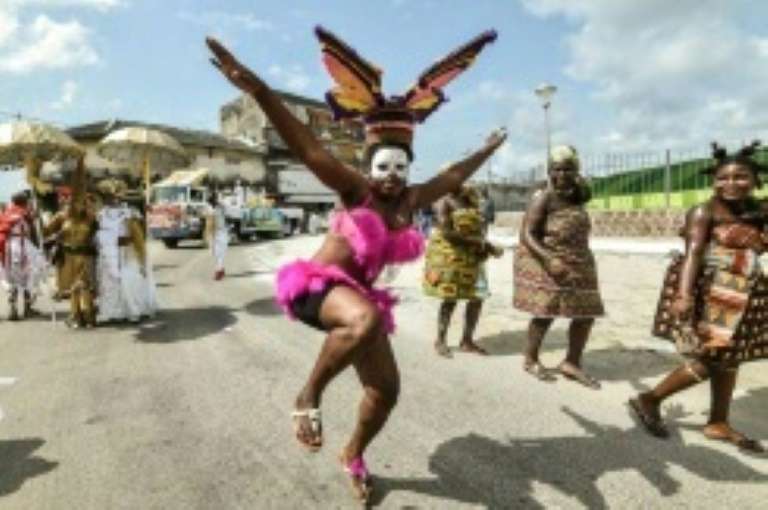 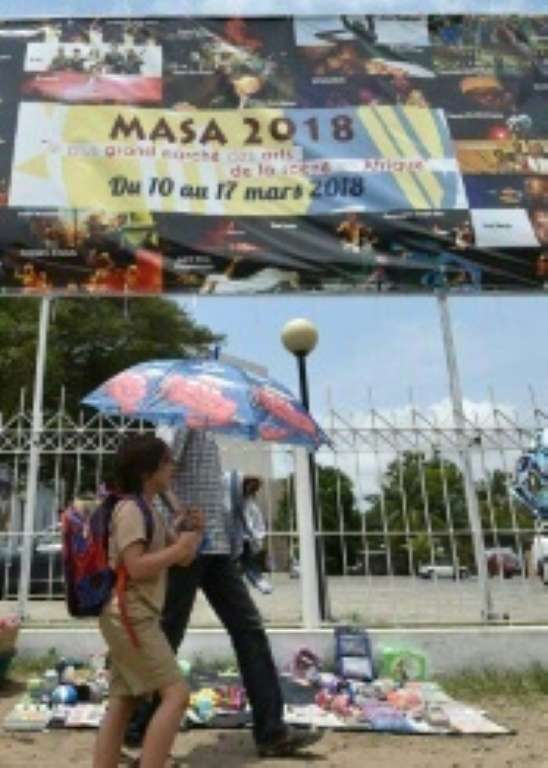 Very modern tales of religious intolerance, Islamist terrorism and illegal immigration are being heard as African story-tellers tackle the burning issues of today far from the traditional bedtime stories for children.
Story-telling had top billing this week at the 10th edition of the biannual Market for African Performing Arts, known by its French acronym MASA.
About 1,000 artists from over 50 countries gathered in Ivory coast for a week-long festival of music, theatre, dance, comedy, slam poetry and story-telling that wrapped up Saturday.
Francois Moise Bamba addressed religious intolerance in his performance “No one has a monopoly on God”.
“We have done nothing wrong except say like you that there is only one God,” the story-teller from Burkina Faso says.
“Faith only has value if it leaves room for doubt.”
The leading character in the tale constantly shifts happily and with ease from one religion to another, Catholicism to Islam and Protestantism.
The show struck a chord coming just after eight soldiers were killed on March 2 in the Burkina capital Ouagadougou.
“The inspiration… came well before that,” Bamba admits.
“Every family has stories similar to mine in which my father was a Muslim before becoming a Christian and I’ve lived with Christian uncles, Muslim uncles and that’s not caused any problem.
“When things such as ‘Islamist’, ‘fundamentalist’ terrorism started I thought ‘you have to do something, you have to say something’,” he says.
“I did not think it possible that someone from Burkina could follow such philosophies, but unfortunately today we see it can happen.”
– Odyssey of illegal immigration –
For Bamba and his team “Murmurs at the Blacksmith’s”, it became clear there had to be a story on the subject or face living life in an intolerant society.
“I was afraid for a while, but my fear went when I saw they (jihadists) find people having breakfast, peacefully using public transport. They do not choose” who they kill, he says.
Murmurs at the Blacksmith’s perform stories across a range of modern-day issues.
“We try to address topical things, things about the lives we lead today. The stories have a wisdom that transcends time. You have to use words and actual facts to reach” people,” says Bamba.
Obin Manfei who ran the story-telling programme at MASA, analyses the story.
“A tale is not just an old story. It’s about adapting the story to society through words,” he says.
“There’s the skeleton (of the story) on which to hang the message you want to convey.
“The themes are very modern,” he says quoting another Burkina story-teller known as KPG.
KPG’s performance called “Kossyam” after the name of the presidential palace in Ouagadougou evokes democratic aspirations and the popular uprising that overthrew the regime of Blaise Compaore in 2014.
During MASA week one of the best-known story-tellers, Ahmed Bouzzine, turned to something of a classic about a Tuareg prince.
– Writing the legends of today –
But he does not hesitate to address the big issues of the day and has penned a tale on illegal African immigration to Europe.
“We try to write the legends of today and what will be told in 100 or 1,000 years,” he says.
“I have worked on everything to do with illegal, everything to do with migrants. If we are not there for the story of these people who drown in the Mediterranean or these people who are forced to hide day and night.
“In 1,000 years, we will perhaps be able to tell of this odyssey in an artistic way, because we are talking of an odyssey.”
The role of women in society, corruption, economic development without social progress, youngsters with nothing to do — the subjects are numerous.
But as Bouzzine points out, in any story, however modern, there is always a common initiatory thread.
“In any initiation, you teach your neighbours to have values that are always beautiful values, loyalty, goodness, generosity, keeping your word.
“Because if not, very quickly barbarity returns.”