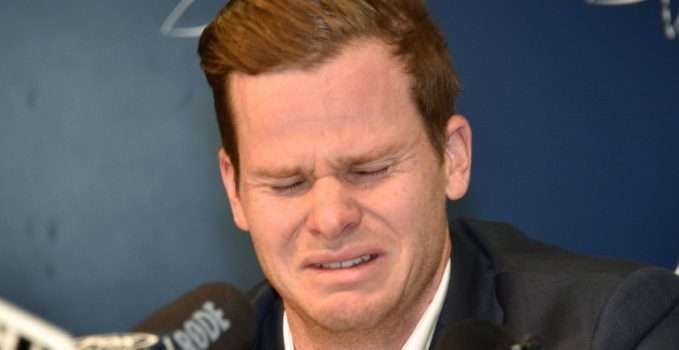 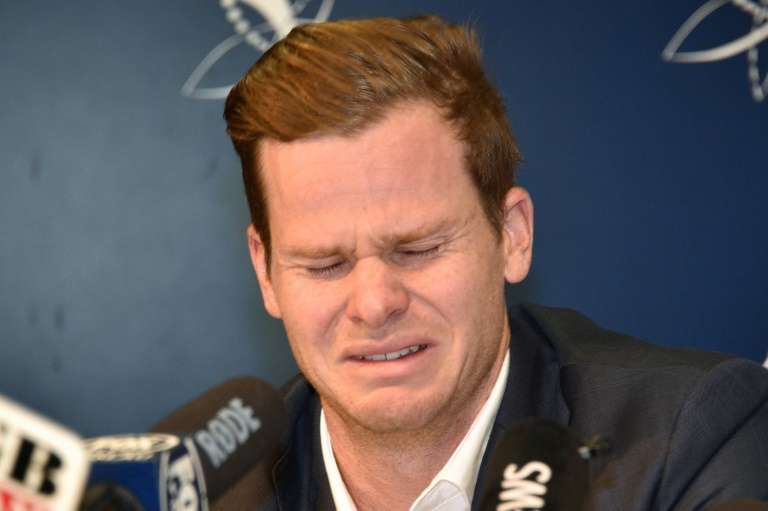 Distraught former Australia cricket captain Steve Smith was in tears Thursday as he accepted full responsibility for a ball-tampering scandal that has shaken the sport, saying he was devastated by his “big mistake”.
“I take full responsibility, I made a serious error of judgement and I understand the consequences. It was a failure of leadership,” he said before breaking down at a press conference after his arrival in Sydney from Johannesburg.
“I will do everything to make up for my mistake.
“If any good can come for this… it can be a lesson for others. I hope I can be a force for change,” he added.
“I know I will regret this for the rest of my life. I am absolutely gutted. Cricket is my life and hope it can be again. I’m sorry. I’m absolutely devastated.”
Smith and David Warner were stripped from their roles as captain and vice-captain and banned from all international and domestic cricket for a year over their behaviour during the third Test against South Africa in Cape Town last weekend.
Opening batsman Cameron Bancroft was suspended for nine months.
Warner was charged by Cricket Australia with developing the plan to use sandpaper to alter the ball to their bowlers’ advantage and instructing Bancroft to carry it out.
Smith, who made a statement then took a handful of questions before breaking down in tears and the press conference ending, had effectively turned a blind eye to the plot.
“For me, my weakness … I have made a big mistake for allowing this to happen,” said Smith.
“This is the first time I have seen this happen and it will never be happening again.
“I don’t blame anyone, I’m the captain of the Australian team and I take responsibility for the actions that happened.”
Smith, a golden boy who has been compared to the legendary Australian Donald Bradman for his batting exploits, added: “I just want to say sorry for the pain I’ve brought to Australia, to the fans and the public.”
Warner also broke his silence Thursday, apologising and accepting his role in the cheating storm.
Bancroft asked for forgiveness on his return to Perth, saying he was ashamed of himself.