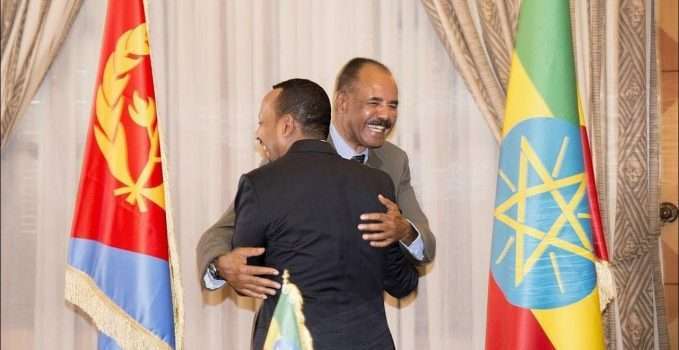 The press should apologize to Eritrea The international press should apologize to Eritrea. It should do so because for decades it was the instrument of negative propaganda by the United States (and supported by Europe) for the sole purpose of making the Ethiopian ally happy. Propaganda with hegemonic purposes failed only for the resistance qualities of the Eritrean people. In fact, with distorted use of the media over the years, Eritrea has been isolated, painted as a rogue state, and consequently making sanctions imposed by the International Commission for Human Rights. A systematic activity of denigration of the country added to the military action of the Ethiopians at the border. A pincer attack: on the one hand twenty years of border war fought in contempt of all the international peace agreements signed by Asmara and Addis Ababa, on the other the propaganda and the consequent sanctions that led to total isolation of Eritrea and a progressive impoverishment sound. History has now put things back in their place.

The peace agreement signed last spring by the young and enlightened Ethiopian president, Ahmed Abiy, and by the historic President of Eritrea, the father of the nation Isaias Afewerki, has today given back freedom and honor to Eritrea by pacifying, something of no small importance, the whole Horn of Africa. It could be concluded that all is well that ends well if it were not just that the apologies were missing precisely of those who have been instrumental in this crime that has brought suffering to millions of people. When I went to Asmara for the first time, almost three years ago, I took all the typical precautions of the war envoy. And I did it because what I read in the international press cautioned me. When I arrived at Asmara instead I discovered that it was all a frame, a narrative built and sedimented over time for the sole purpose of destabilizing Eritrea. I had read about a dictatorial country, without freedom of the press and oppressed while I, on the contrary, had turned the country in complete freedom, stopping where I had wanted and talking to anyone I had desired. It had taken little to understand how things were. On my return to Europe, after a few months, I went to Geneva where the Human Rights Commission had to discuss the renewal of sanctions or not. I also took the floor to bring my testimony, to say that I had shot undisturbed for Eritrea and that I had written what I wanted most. Everything useless. The sentence was already written, for higher orders and interests. Having thirty years of work and some travels on my shoulders, I have not been scandalized in having personally witnessed the existence of staging, the meticulous construction of a narrative denigration against Asmara. Propaganda is a war tool in use since the dawn of time, let alone if the United States, like all other major global players, does not use it in the 21st century. Of course, I was sorry to see that the instrument was just my world, journalism, publishing. But I also know very well that today there are very few journalists who have the strength, the fortune, the courage to travel, to go to the places and see the facts with their own eyes without drinking the pre-packaged story from the powerful on duty. The inability to travel the rest is another sad derivative of the crisis that is gripping this sector.

And it’s also the reason why I’m writing this article now and not two years ago. At that moment I considered it a mitigating fact that many newspapers believed in good faith to the official narrative. I did not like it, in fact, it was still a blameworthy attitude, but it was understandable that a part of the international press was in good faith and could not go on to check the guilty reconstruction for good. But this was before peace. Today everyone knows how things went. It is evident that the sanctions have been repealed and that Eritrea is now itself a member of the human rights commission. So today is the time for an apology, today honest journalism, respectful of its function should make amends for being the instrument of the propaganda of a party to the detriment of an entire people. But no. The institutions did not do it, the newspapers did not. I continue reading daughters reconstructions of the old narrative without anyone feeling the duty to make a distinction, to make a contribution to the reconstruction of the truth. It goes on with that typical hypocrisy neo-colonialist that is alluring in the great western countries and that still leads in these hours to say that in Eritrea there is no democracy as an excuse not to go ahead, not to admit falsehoods and mistakes. As if we were importing something to us Westerners of democracy. In a world dominated by market rules, everyone is interested in doing good business. And if we are to do it with recognized democracy champions like China, Russia, Saudi Arabia or Turkey, we are not looking at human hair, press freedom or the condition of women. While if instead of facing we have Eritrea then every one to do the hard and pure. To apologize means to admit your mistake and the existence of a great global problem which is the weakening of the information system as a guarantor of citizens’ rights. To apologize means to recover a bit of dignity and to give hope to those who believe that in the era of the fake news the answer can only come from a serious and documented journalism.