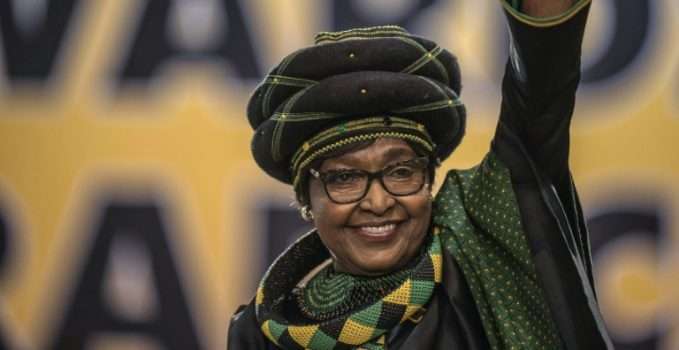 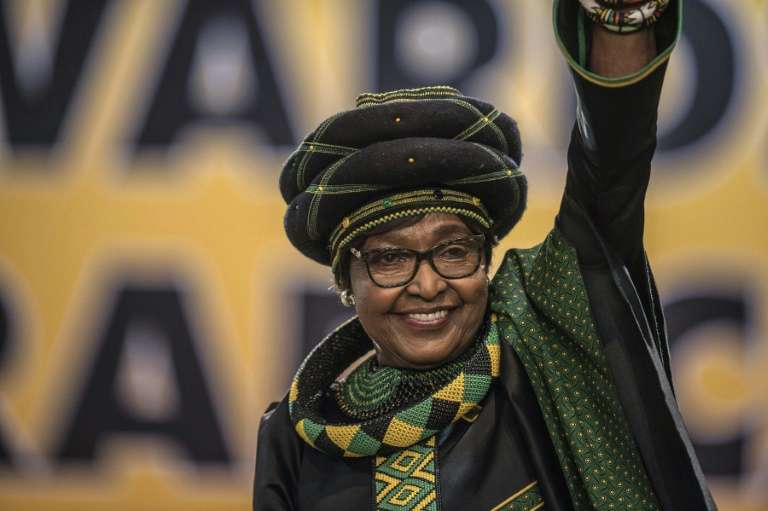 News of Winnie Mandela’s death has drawn tributes from around the world, including from celebrities like actor Idris Elba and supermodel Naomi Campbell

African leaders and celebrities have led tributes to South African anti-apartheid campaigner Winnie Mandela who has died aged 81.
The former wife of South Africa’s first black president Nelson Mandela was, along with her husband, an international symbol of resistance against white-minority rule.
Here are some of the reactions to her death:
– Anti-oppression symbol –
Desmond Tutu, Nobel laureate archbishop:
“She refused to be bowed by the imprisonment of her husband, the perpetual harassment of her family by security forces, detentions, bannings and banishment. Her courageous defiance was deeply inspirational to me, and to generations of activists.”
– Resilience and courage –
Ace Magashule, Secretary General of African National Congress:
“We mourn the passing of this great patriot and Pan Africanist, whose resilience and courage inspired freedom struggles not only in South Africa, but across Africa and her diaspora. Comrade Madikizela-Mandela dedicated her life to the betterment of her people and she worked for this realisation right until the end of her life.”
“She was an inspiration to both young and old who shared her vision of an egalitarian, prosperous and free South Africa –- and generations of activists not just in South Africa but around the world today deeply mourn her as we do.”
– Fearless campaigner –
Moussa Faki Mahama, African Union commission head:
“The entire @_AfricanUnion family joins the Continent and beyond in grief at the passing of Ma Winnie Madikizela-Mandela who will forever be remembered as a global icon, a fearless campaigner who sacrificed much of her life for freedom in South Africa and for women everywhere.”
– Indebted to Winnie –
Professor Njabulo Ndebele, Nelson Mandela Foundation Chairman:
“She was a member of a generation of leaders which survived the most brutal period of state terror in apartheid South Africa… All South Africans are indebted to Mama Winnie, whether they acknowledge it or not. From the witness of her life, we knew we could stand tall; we knew also we could falter and stumble. Either condition was an affirmation of life. Her cry was our cry, and in 2018 we can say we did triumph.”
– Uncommon determination –
Muhammadu Buhari, Nigerian President:
“She was a woman of uncommon determination, steadfastness and perseverance who held aloft the torch of the struggle against institutionalised discrimination even while her ex-husband, the late Madiba, President Nelson Mandela was incarcerated… she remained a pride not only to the African woman, but indeed all Africans.”
– Inspiration to millions –
Raila Odinga, Kenya opposition leader:
“Winnie Madikizela Mandela… led a bitter and dedicated struggle against the brutal Apartheid regime in South Africa, holding fort when her then husband Nelson Mandela was in detention.”
“In the course of the courageous struggle, Winnie became an inspiration to millions across the world who were fighting for freedom and dignity of their people. She particularly inspired women to move to the frontlines of struggles for justice and freedom across the world.”
– Liberation of a nation –
Idris Elba, actor:
“Rest in peace Mama Winnie. My heart is heavy right now. You lived a full and important life contributing to the liberation of a nation by force and ACTUAL ACTIVISM. You will never be forgotten.”
– Woman of strength –
Naomi Campbell, actress:
“I cherish the times I spent with you, embracing me in your family & home. You were Woman of strength that endured so much hardship and sacrifice. Without you we would not know anything about Tata and his 27 years. You will remain in my heart!! R.I.P WINNIE MANDELA”