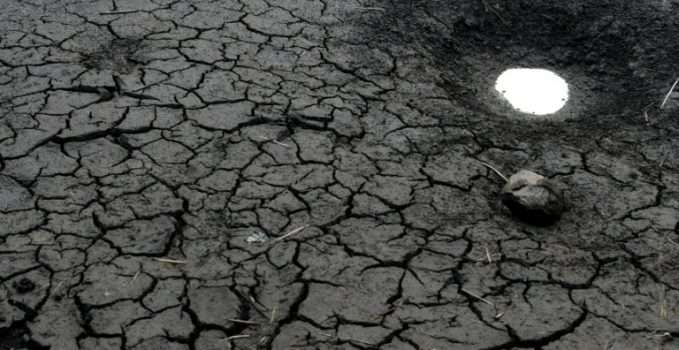 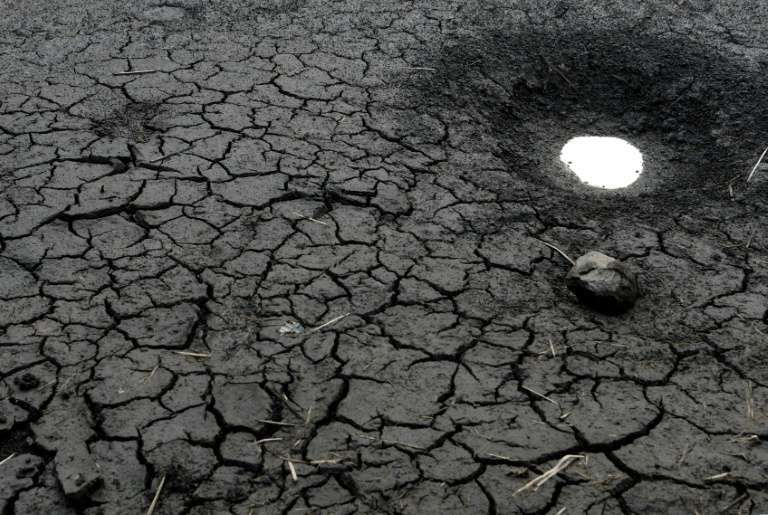 A world that heats up by 2C (3.6 degrees Fahrenheit) could see mass displacement due to shortages of food and fresh water and the loss of animal and plant species at an accelerated speed 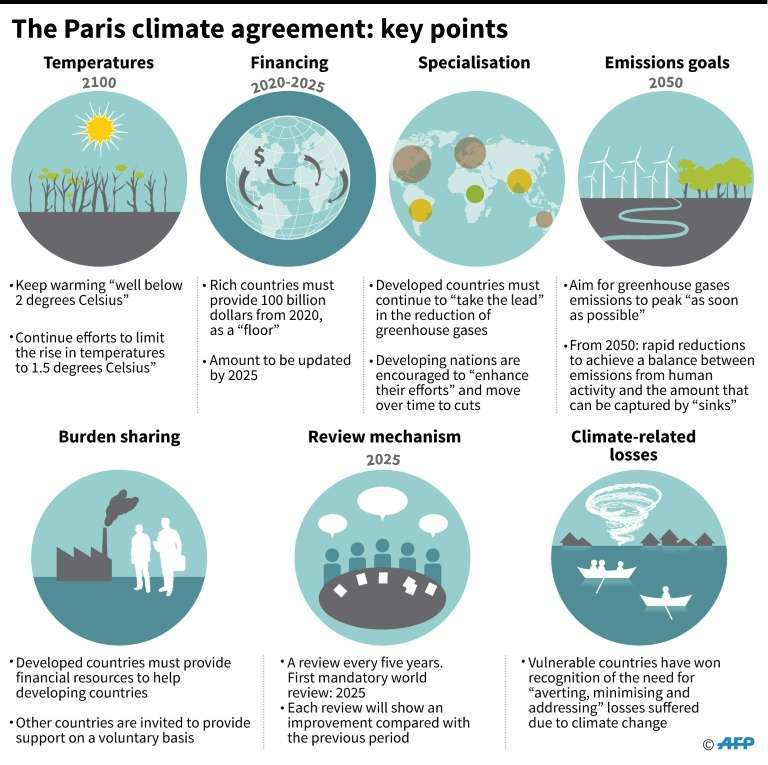 Limiting global warming to two degrees Celsius will not prevent destructive and deadly climate impacts, as once hoped, dozens of experts concluded in a score of scientific studies released Monday.
A world that heats up by 2C (3.6 degrees Fahrenheit) — long regarded as the temperature ceiling for a climate-safe planet — could see mass displacement due to rising seas, a drop in per capita income, regional shortages of food and fresh water, and the loss of animal and plant species at an accelerated speed.
Poor and emerging countries of Asia, Africa and Latin America will get hit hardest, according to the studies in the British Royal Society’s Philosophical Transactions A.
“We are detecting large changes in climate impacts for a 2C world, and so should take steps to avoid this,” said lead editor Dann Mitchell, an assistant professor at the University of Bristol.
The 197-nation Paris climate treaty, inked in 2015, vows to halt warming at “well under” 2C compared to mid-19th century levels, and “pursue efforts” to cap the rise at 1.5C.
UN Secretary-General Antonio Guterres on Thursday said climate change was “the most systemic threat to humankind”.
– Time to adapt –
With only one degree of warming so far, Earth has seen a crescendo of droughts, heatwaves, and storms ramped up by rising seas.
Voluntary national pledges made under the Paris pact to cut CO2 emissions, if fulfilled, would yield a 3C world at best.
The treaty also requires that — by the end of the century — humanity stop adding more greenhouse gases to the atmosphere than oceans and forests can absorb, a threshold known as “net zero emissions”.
“How fast we get to a 2C world” is critical, Mitchell told AFP.
“If it only takes a couple of decades, we will be in trouble because we won’t have time to adapt to the climate.”
Among the conclusions found in the new studies:
– Economic growth –
Researchers led by Felix Pretis, an economist at the University of Oxford, predict that two degrees of global warming will see GDP per person drop, on average, 13 percent by 2100, once costly climate change impacts are factored in.
A 2C world will also “show significant negative impact on the rates of economic growth,” Pretis told AFP. Under a 1.5C scenario, he added, growth projections “are near indistinguishable from current conditions.”
– Rising seas –
Under a 2C scenario, oceans rise about half a metre over the course of the 21th century, but well over a metre by 2300, another study found.
“When the planet warms, it takes the ocean hundreds, if not thousands, of years to fully respond,” lead author Rober Nicholls, a professor of coastal engineering at the University of Southampton, told AFP.
That’s bad news for 500 million people living in “highly vulnerable” low-lying deltas, mainly in Asia, along with some 400 million people in coastal cities, many of which are already sinking due over-construction or collapsing water tables.
Even in a 2C world, the number of people affected year by flooding could approach 200 million by 2300, the study calculated.
– Food, water stress –
Two degrees of warming would spare humanity much misery compared to our current trajectory, but would still lead to increased drought, flooding, heatwaves and the disruption of weather patterns.
Some regions will be hit worse than others, as will countries with rainfall-dependent agriculture, a team by Richard Betts, head of climate impacts research at the University of Exeter found.
The countries that show “the greatest increase in vulnerability to food insecurity when moving from the present-day climate to 2C global warming are Oman, India, Bangladesh, Saudi Arabia and Brazil,” he told AFP.
– 1.5C vs. 2C –
A draft “special report” by the UN climate science panel to be unveiled in October, obtained by AFP, concludes that “holding warming at 1.5C by the end of the 21st century (is) extremely unlikely.”
At current rates, the greenhouse gas emissions putting that goal out of reach will have been released within 10 to 15 years.
Meanwhile, CO2 emissions — after remaining stable for three years, raising hopes that they had peaked — rose by 1.4 percent in 2017, the International Energy Agency said this week.
But every tenth-of-a-degree counts, said Mitchell.
“Even if we can’t limit global temperature increase to 1.5C, but can limit it to 1.7C or 1.8C, this is still hugely more beneficial than just giving up,” he told AFP.
“We can still keep temperatures well below 2 degrees,” said Myles Allen, a professor of geosystem science at the University of Oxford a co-author on several of the studies.
But doing so requires that “we start now and reduce emissions steadily to zero in the second have of the century,” he told AFP.