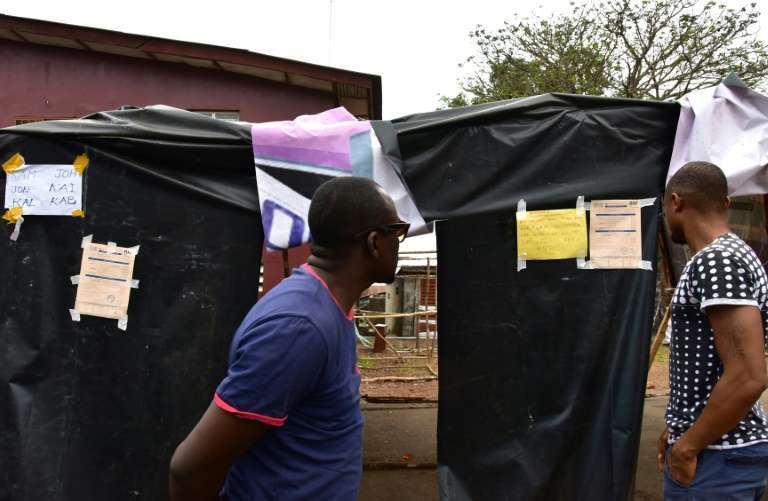 Votes from 11,000 polling stations across Sierra Leone need to be counted in the presidential run-off

The results of Sierra Leone’s run-off presidential vote are “expected” by Thursday after a delay due to disagreements over the method of counting, the National Electoral Commission announced.
The outcome of the March 31 ballot — pitting opposition challenger Julius Maada Bio against the ruling All Peoples’ Congress (APC) candidate Samura Kamara — was due to be announced at the start of the week.
But the commission had to “briefly” interrupt the counting of the ballots after a dispute over the method of tallying results, the NEC said.
“Final results are expected within 72 hours,” Albert Massaquoi, external relations officer at the NEC, said Monday.
Votes from 11,000 polling stations across the poor West African nation needed to be counted.
In the first round of voting, Bio of the opposition Sierra Leone People’s Party (SLPP) was narrowly ahead of Kamara, a close ally of outgoing President Ernest Bai Koroma.
After hours of negotiations on Monday in the presence of international observers, Bio and Kamara hugged each other in front of the cameras and the vote count resumed.
“Be calm, and wait for the result,” Bio told his supporters.
“I have accepted results before, I am a democrat and I have a very competitive spirit… If it is a free and fair election and I think the process of tallying is transparent and above doubt, we will accept the result,” he added.
A total of 3.1 million people were registered to vote in the first presidential poll since a 2014-2016 Ebola outbreak which killed 4,000 people.
One of the world’s poorest nations despite huge mineral and diamond deposits, Sierra Leone is recovering only gradually from war and disease. Its economy remains in a fragile state with corruption widespread in the former British colony.