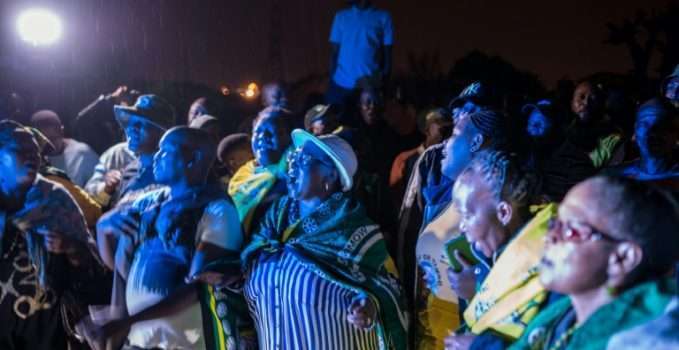 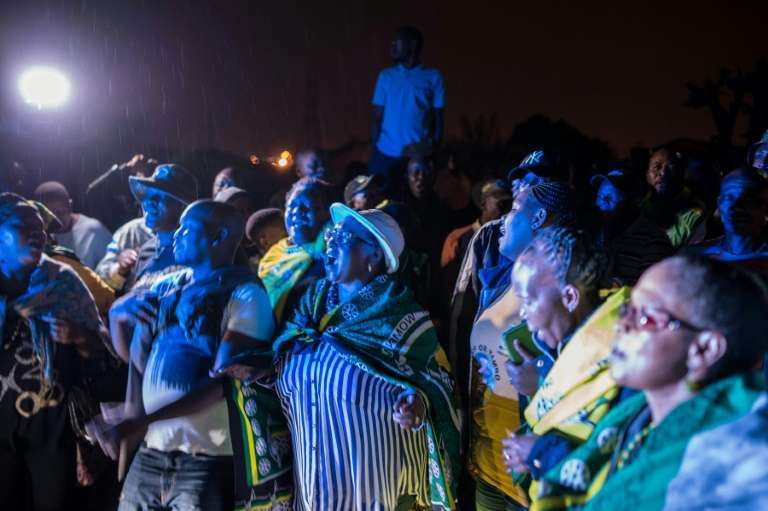 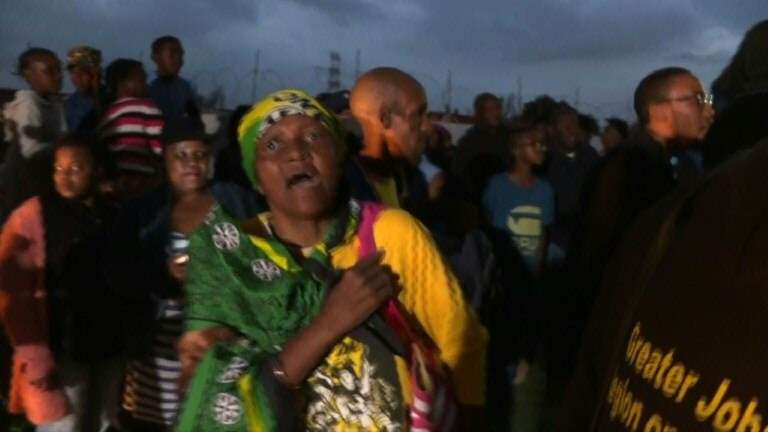 Crowds of mourners flocked Monday to Winnie Mandela’s home in the heart of South Africa’s Soweto township, a centre of anti-apartheid resistance that remained her base decades after white rule fell.
Neighbours, supporters and passers-by assembled to sing and chant at the gates of her modest two-storey red-brick home in the Orlando neighbourhood shortly after her death was announced.
“I was friends with her mother for some time. I saw it on the TV just now and came here to check and was shocked,” said Constance Mokolobat, 89, a neighbour of Winnie’s on Maseli Street.
Winnie Mandela remained embedded in the township community where she met Nelson Mandela at a bus stop in 1957.
“She was a good woman. When we had birthdays she would call us and when there were funerals she’d always go. When we had problems she would always help. The community was like family,” said college worker Elise Tsikhovi, 60, another neighbour.
Local residents heading to the house were soon followed by President Cyril Ramaphosa and officials of the ruling African National Congress (ANC) of which Winnie was a prominent figure as the former head of its Women’s League.
“I was shocked and that’s why we gathered — to make sure it was true,” ANC Women’s League official Winnie Ngwenya, 64, told AFP.
– ‘She was a strong woman’ –
“In African culture, we sing when we’re hurt,” she added as dozens of well-wishers sang struggle-era songs in a dark night.
“She was a woman who was known by everybody in Soweto — as well as in Africa and outside. We’ll remember her for her role in the struggle in Soweto.
“She used to wake up in her pyjamas right in the middle of the night when you would call her and she would fight the (security forces) who would come into Soweto,” added Ngwenya.
Tsikhovi described how Winnie Mandela — known by many as “Mama Winnie” — had stayed active right to the end.
“She liked gardening — she used to come out to her garden. I last saw her last month at voter registration,” she said, standing beside Winnie Mandela’s neat lawn, manicured trees and an ANC banner fluttering above her home.
“She wasn’t so strong by then, but she was a strong woman. Even if she was sick, she would act like she was well.”